Lebanese-Dutch Tarek Atrissi is one of most recognized designers across the Arab world. He is the founder of Tarek Atrissi Design (www.atrissi.com), a design studio based in Barcelona and with offices in The Netherlands. The studio’s typographic and cross cultural design approach produced projects that left a significant influence on the contemporary graphic design landscape in the Middle East, and gained Atrissi international recognition. Atrissi was listed in 2017 as one of the most influential 100 Lebanese professional figures around the globe, and was named a distinguished Alumni from both the American University of Beirut and the School of Visual Arts in New York, from where he hold an MFA in design entrepreneurship. His awards includes TDC New York and the Design for Asia Award, among others. His clients include Apple; the V&A museum in London; BBC; Dubai Television and The Arab Museum of Modern Arts “Mathaf”.

Atrissi lectures internationally about Arabic design and visual culture. He has taught at the American University of Dubai, The Virginia Commonwealth University in Qatar, and at the Utrecht School of the Arts in the Netherlands.

Atrissi founded the Arabic Type Foundry, www.ArabicTypography.com, designing and developing Arabic & multilingual typefaces for branding needs. He has been on the judging panel of many international design competitions, including the D&AD awards. Atrissi was a member of the advisory committee of “The Creative Industries Fund NL”: the biggest cultural funds in Holland supporting international design projects with funding from the Netherland’s ministries of culture and education. He speaks Arabic, French, English, Dutch & Spanish. 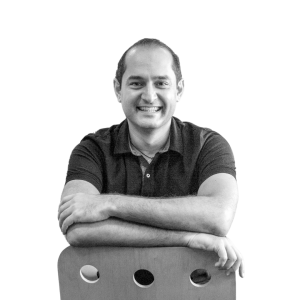