With more than two decades of experience in marketing and communications, Mr Tash has worked in the aviation, FMCG and real estate sectors where he has led brand development, brand management, strategic launches and transformation initiatives.

He began his marketing career in 1999 as Brand Manager at Procter & Gamble. In 2005 he joined the Sunbulah Group, before moving into the real estate sector as the Director of Marketing at the newly established King Abdullah Economic City.

In 2018, he was appointed Deputy Governor of the Saudi Arabian General Investment Authority (SAGIA), where he spearheaded the promotion of Invest Saudi – the Kingdom’s national investment promotion brand – across the globe. He was then appointed Deputy Minister for Marketing & Communications at the Ministry of Investment (MISA).

Mr Tash joined SAUDIA as Vice President of Corporate Communications in February 2021, before being promoted to GCMO later that year. In his role, he leads SAUDIA’s Wings of Vision 2030 campaign.

Mr Tash holds a Bachelor of Science from King Fahd University for Petroleum and Minerals, and has completed executive programmes at Harvard Business School, INSEAD and the Cannes Lions School. 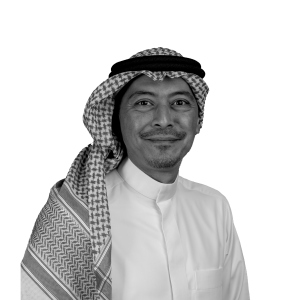