Born in 1990 in Riyadh where he lived his entire life until he moved to Jubail industrial city to major in Mechanical Engineering. After spending two years Abdullah decided to shift his direction into the art scene. He began working as a graphic designer and continued developing to become an art director for Telfaz11 group, meanwhile, Abdullah exhibited his work in different countries including the US and UK with Gharem studio. In 2016 he focused his attention on expanding his work which fundamentally discusses nostalgia using elements from his childhood. From toys to animation, analyzing the context in which these cartoons he grew up watching occurred. His work is playful yet confronting, by creating artificial nostalgia which consists of elements from the past with real-life events. In 2018 his work (The Last Jedi) which was done in 2013 appeared on national news when the Ministry of Education published his artwork by mistake in the social studies and nationalism book taught in Saudi high schools. 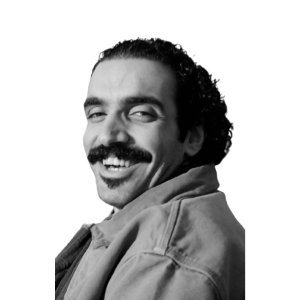